In 2022 We will be hosting this event in a 4BBB Format at The Isle of Wedmore GC on Sunday 4th September. More information to follow

6 Entry forms are available from all Club Secretaries and can be downloaded from the SGU website. Entries for all competitions may be made online.

The morning was graced with calm conditions and a well-presented course thanks to the hard work of the greens staff who upon arrival had to deal with overnight damage to a few greens and tees thanks to the wildlife!

As the players began to arrive it was obvious that the low cloud was going to lift, and bright sunshine was to follow. As the day progressed the temperature rose and by the end of the championship many competitors enjoyed the hospitality of the clubhouse and patio.

The fiercely contested middle handicap range almost became a “Fosseway Club Championship” with 5 of the first six placing going to members of the club. With Steve Josham and Paul Rose in the club house on gross 79’s and wondering who’s back 9 was the best, up came John Fuller, needing 6 or better to win. Lost ball off the tee but a calm head and a par 4 with the reload to finish on 78. Paul pitted Steve for 2nd place with Steve picking up the nett prize. Handicap tumbling at Fosseway!

The higher range was won by Mark Disney (Bleadon Hill) with a gross 94 on the back 9 from another Fosseway member Matt Haines. With Greg Wood (The Mendip picking up the nett prize)

There was one other notable achievement worthy of note, Jack Mitchell stood on the 18th tee having taken 87 shots but still managed to break 90!! An eagle 2 on the last at Worlebury is something to cherish, almost a collector’s item I suggest. 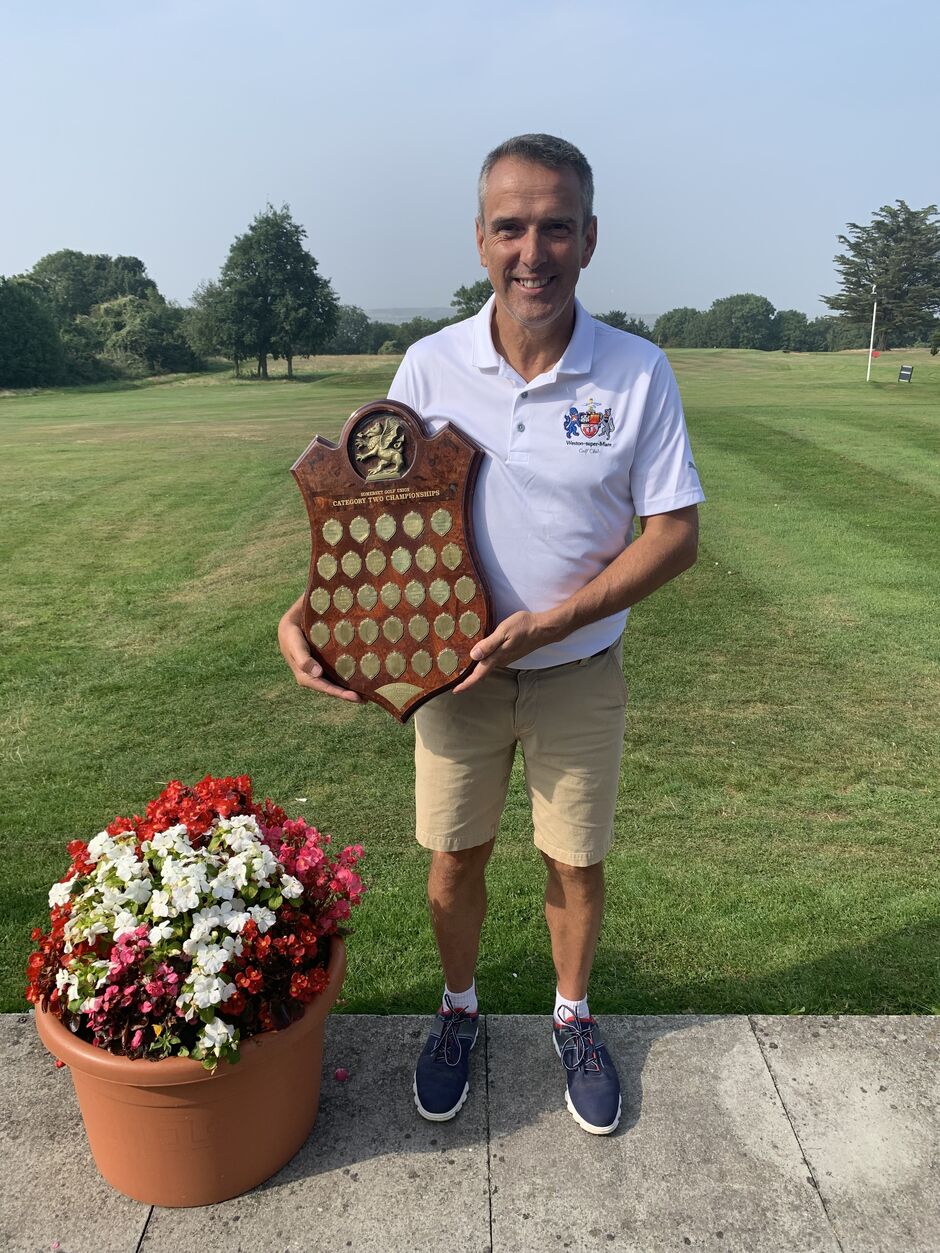 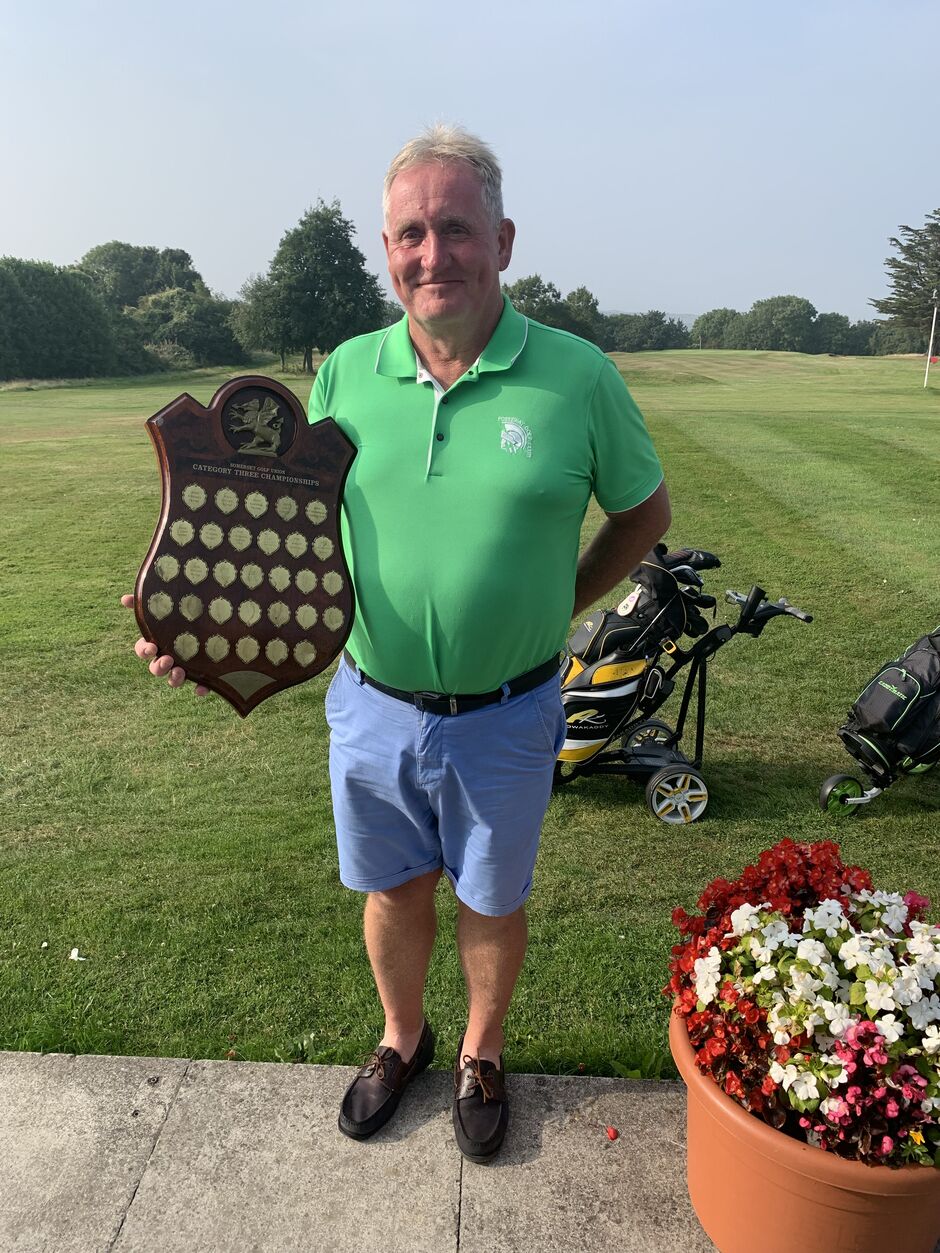 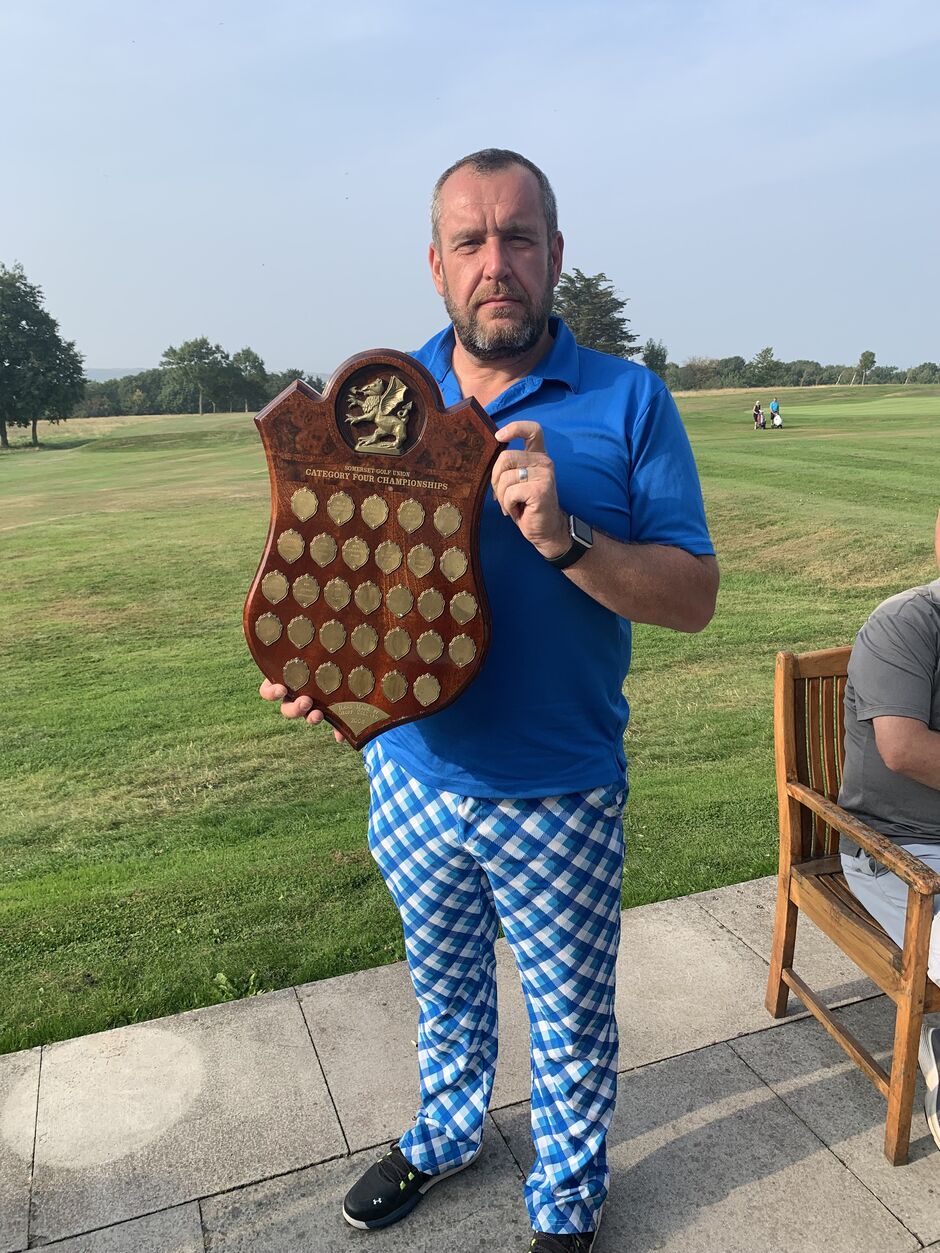 Collecting the trophy on behalf of fellow club member


On a very windy day following a period of heavy rain Mendip Spring hosted the 2019 Category Championships and credit given to the green staff  for getting the course ready. The weather caused  mayhem especially on the back 9 and some big numbers were returned. There was only one score under 80 all day and other than a handful of players the majority saw their handicaps go up. Regardless of the conditions almost everyone returned their cards and the atmosphere in the clubhouse at presentation suggested most enjoyed the experience if not the scoring. Not all found the examination impossible and a truly great score in Category 3 saw the best gross of the day 79 nett  66 returned by Lee Andrews from Weston-Super-Mare GC. In Category 2 the winning score came from another Weston-Super-Mare member Steve Dowden with a gross score of 83. And the trophy winners  were completed as Howard Simms, Mendip Spring  GC came home in 106 to claim the Category 4 title. 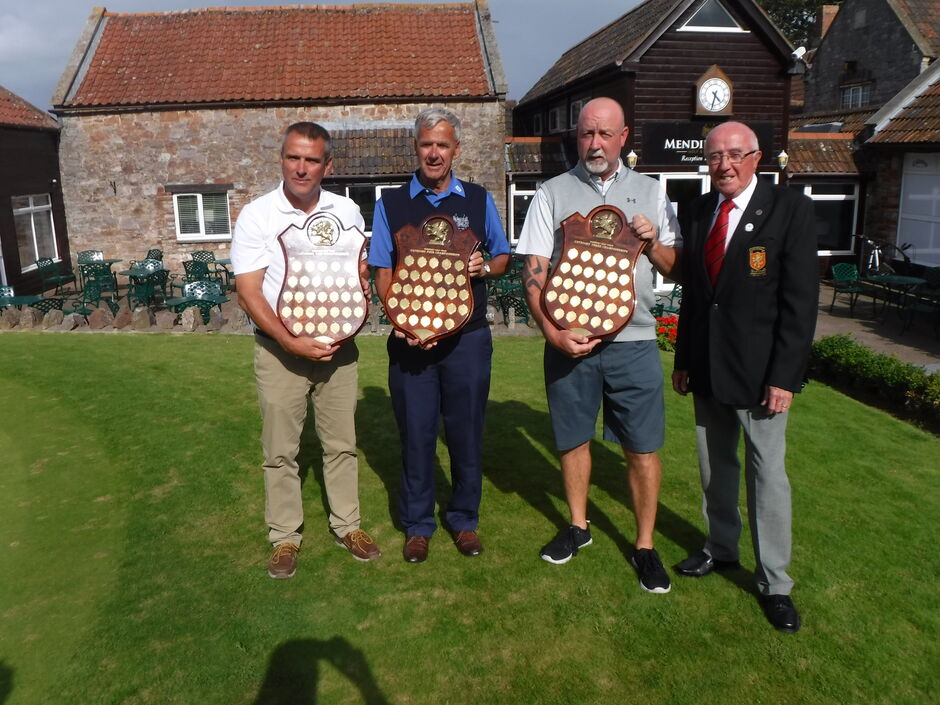 from left to right;