Team Somerset were beaten to the title of County Champions by an experienced Hampshire team who were appearing in their third consecutive finals.

Our side had been well prepared for the challenge by Captain Justin Lane and Performance Manager Russell Covey, and arrived in Cornwall in a confident but determined mood. We knew thaat we had to be at our best to win through, but in the end, our opening day defeat by Hampshire cost  us dear.

In terms of the weather, Friday was the best day of the weekend, as rain came through on Saturday and Sunday. Our opening match was agaist Hampshire, and the team started strongly, winning the morning foursomes 2-1. Our opponents showed their strength as the gradually turned the match in their favour by taking the singles 4-2. Somersets points came from Jamie Clare and Josh Hilleard in the foursomes, with Jamie also winning his singles match, with half a point each from Tom Sloman and Tom Plumb.

On Saturday we faced Staffordshire who had beaten Northumberland 6-3 the previous day. Our team knew that nothing less than a win would do! They battled hard throughout the day to win 5½-3½. The morning foursomes finished all square, Josh and Jamie fought back to secure a half, and Two Toms (Sloman & Plumb) winning the third game. Phil White and Will Poole were up against it fom the start and never quite were able to peg their opponents back.

In the singles, the opening 3 games were closely contested with Jamie and Tom Sloman getting halves, backed up by a 1 up win from Tom Plumb. Josh Hilleard again came up against an opponent playing inspired golf and having to accept defeat. Phil and Will both overcame their morning  disappointment to secure the 2 points to take us to victory.

In the meantime, Hampshire beat Northumbeland 6-3 and were on maximum points. They needed a half or better to secure the title, whils our hopes rested upon a Staffordshire win, and us being able to defeat Northumberland by a bigger margin. Day 3 arrived with 3 counties contemplating scenarios on how they might become champions, but Hampshire were the only ones who controlled their own destiny!

Team Somerset knew what was needed - and they delivered the goods! Despite narrowly losing the opening foursomes game on the 18th hole, the leaderboard quickly changed as Two Toms, then Will and Matt scored emphatic wins as we took a 2-1 lead into the singles.

Matt Turner and Tom Sloman opened up with convincing wins before Tom Plumb lost the 18th hole and his game. Will Poole was quickly 2 down in his game to a birdie and an eagle, but fought back with an inspired performance to close the game out 4&3.  Josh finally overcame a determined opponent 1 up. Jamie Clare also came through with his point, winning 5&3.

Our winning margin put us in the best possible place should Hampshire falter, and Somerset's Red Army looked to the leaderboards for news of the match going on behind. Hampshire had taken the morning foursomes 2-1, leaving Staffordshire with a mountain to climb if they were going to deny the southerners the title. Gradually the tide turned in Hampshires' favour and they completed a 4½-1½ victory in the singles, and they must be congratulated upon their performance.

For our part, we gave it a real go and left Trevose disappointed but not disheartened. The last word must go to our inspirational captain, Justin Lane  “We knew we had to come out hard today and hope Staffordshire would do us a favour. But Hampshire just outplayed them and many congratulations to Martin and his team. I’m very proud of my players, everyone performed brilliantly.” 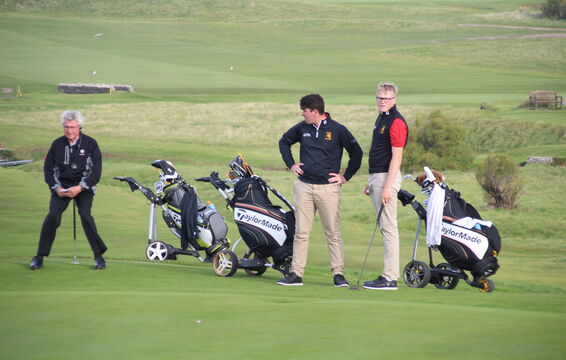 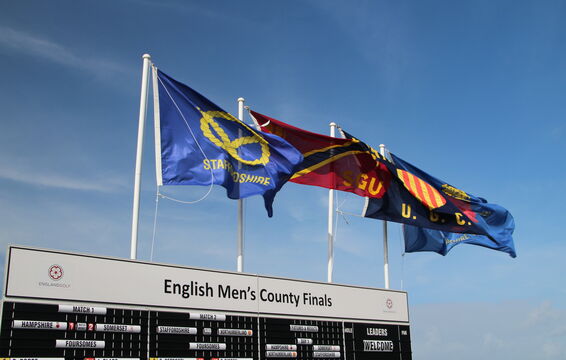 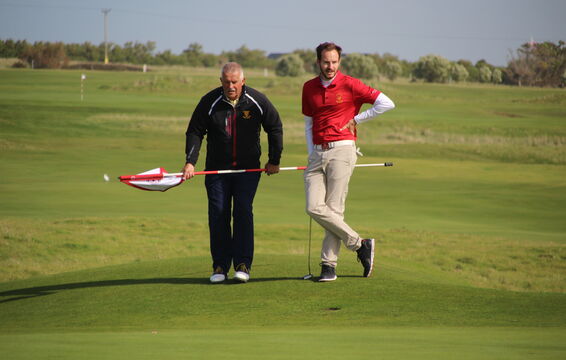 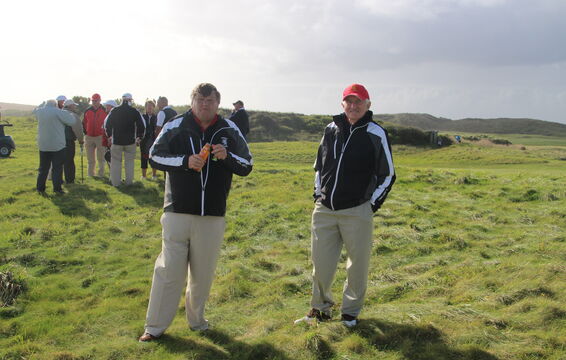 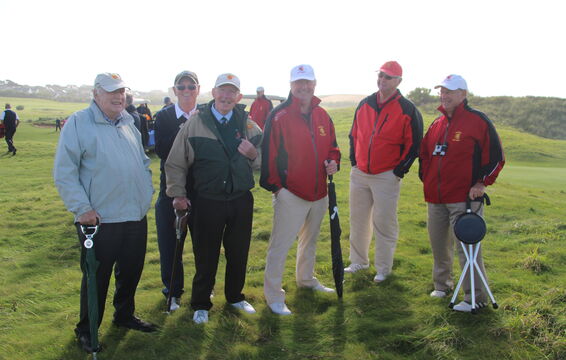 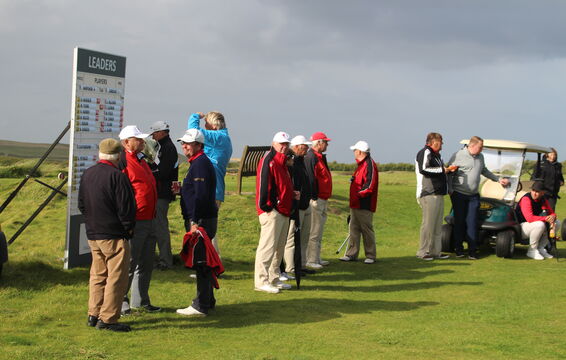 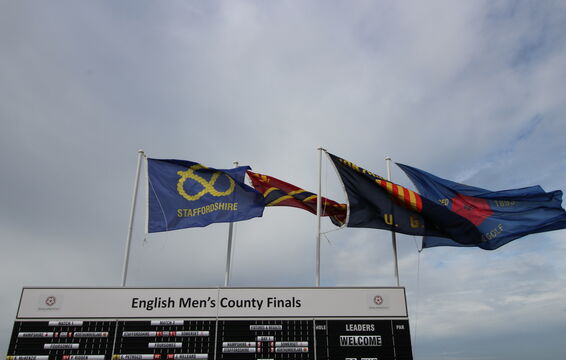 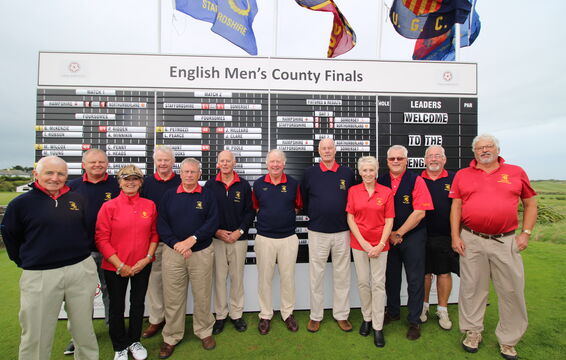 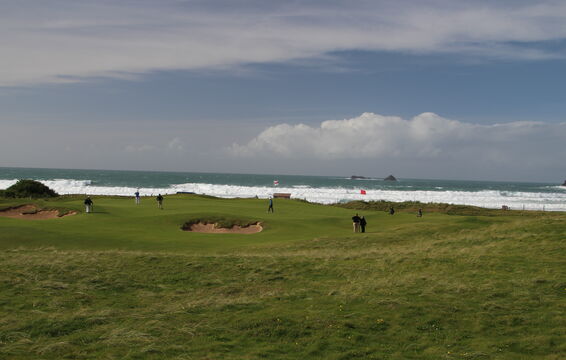 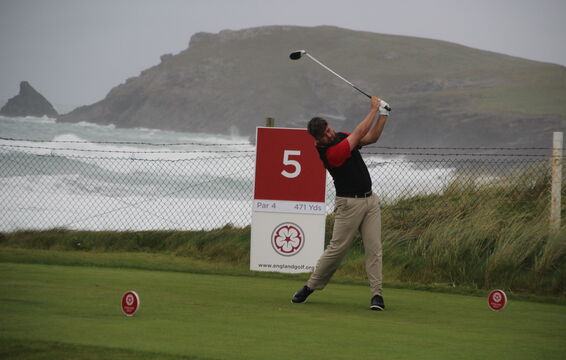 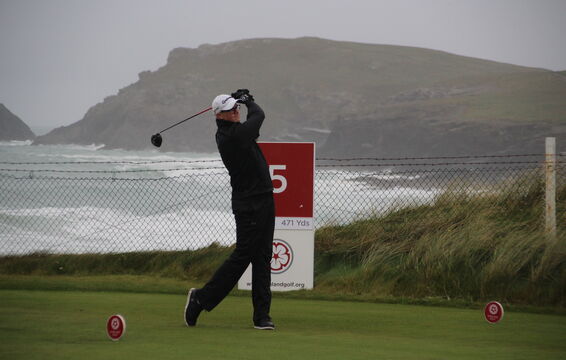 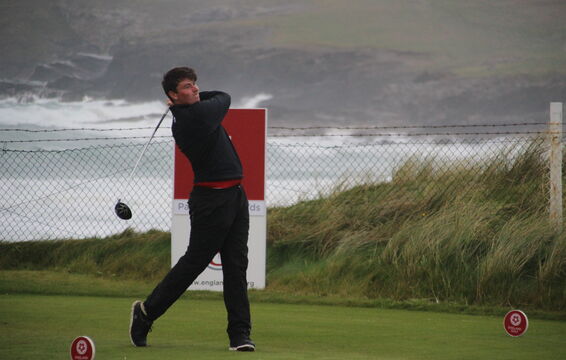 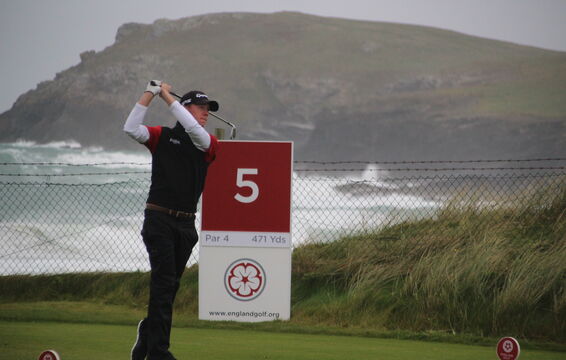 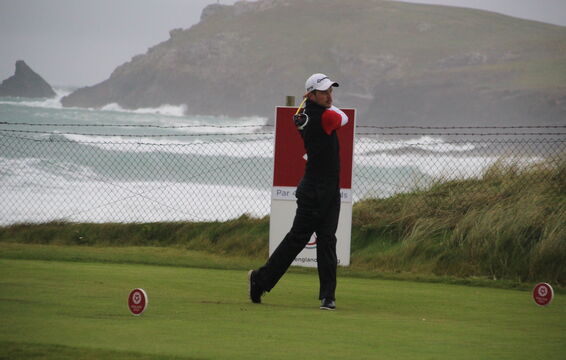 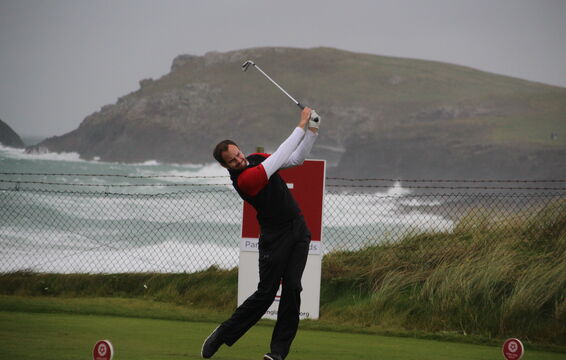 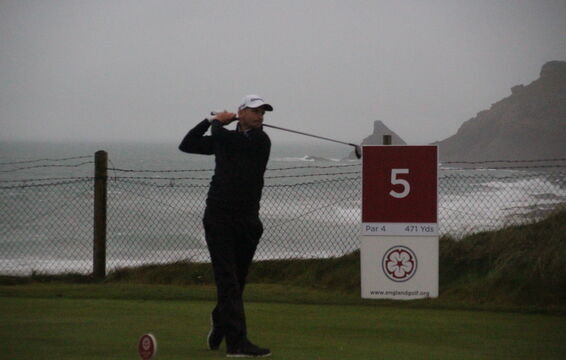 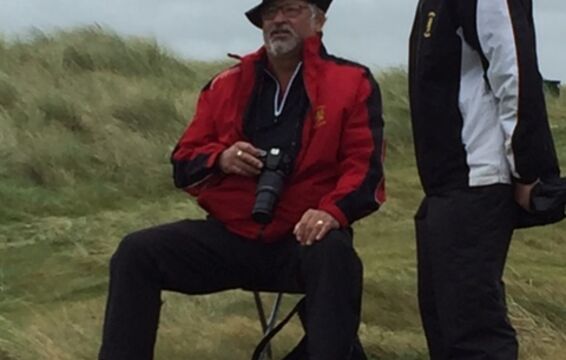 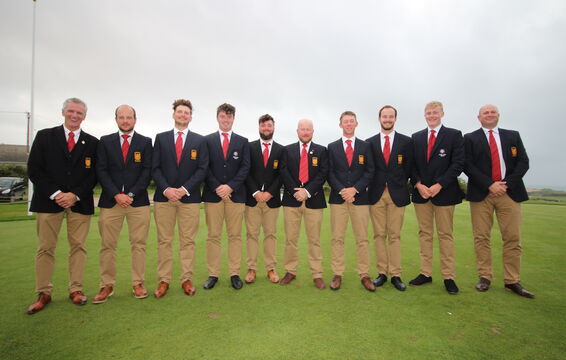 Will Poole and his Cornish Caddie David Kneebone

A favourite viewing point by the 14th Green

We need to get a bigger flag!

Some of the Red Army of supporters

The "Hot Hugger" and Friend 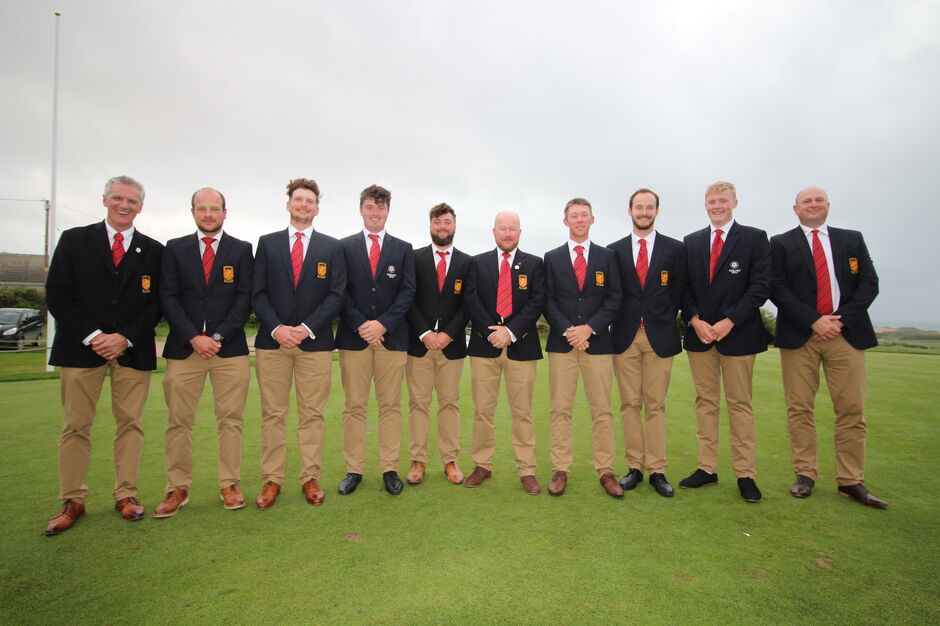