2022 The Presidents Trophy Sunday 11th September at The Mendip

Sunday 12th September was a day that will last long in the memories as 96 players competed for the 2021 Trounson, Presidents and Windwhiste trophies.

No wind and glorious sunshine greeted competitors as play got underway. 1st off Luke Appleton (Long Sutton GC) who carded a 70 gross and took the gross prize on countback.

Scoring is difficult at Burnham and extremely difficult in windy weather. The rouge is unforgiving, and scores can quickly escalate especially if you start missing fairways!

The Trounson Trophy is an inter-club team event, 4 aside with the best 3 nett score to count, the 4th score will count if a tie is to be decided. The Windwhistle trophy is awarded for the team that finishes 2nd overall. The Presidents Trophy is awarded to the individual who returns the lowest nett score on the day.

Burnham’s official starter was assisted throughout the day by the Somerset Golf Union President, Tony Mason, whose assistance was much needed as a road closure nearby delayed many competitors’ arrival.

All eventually arrived and with a little juggling of the start sheet the final match went out on time.

The Presidents Trophy looked in the bag for much of the day following Rob Paige returning a nett 67 playing off 14. Rob is a member of Farrington Park and was pipped at the post by Dave Josham, Fosseway GC by a single shot, nett 66 off 17 handicaps. 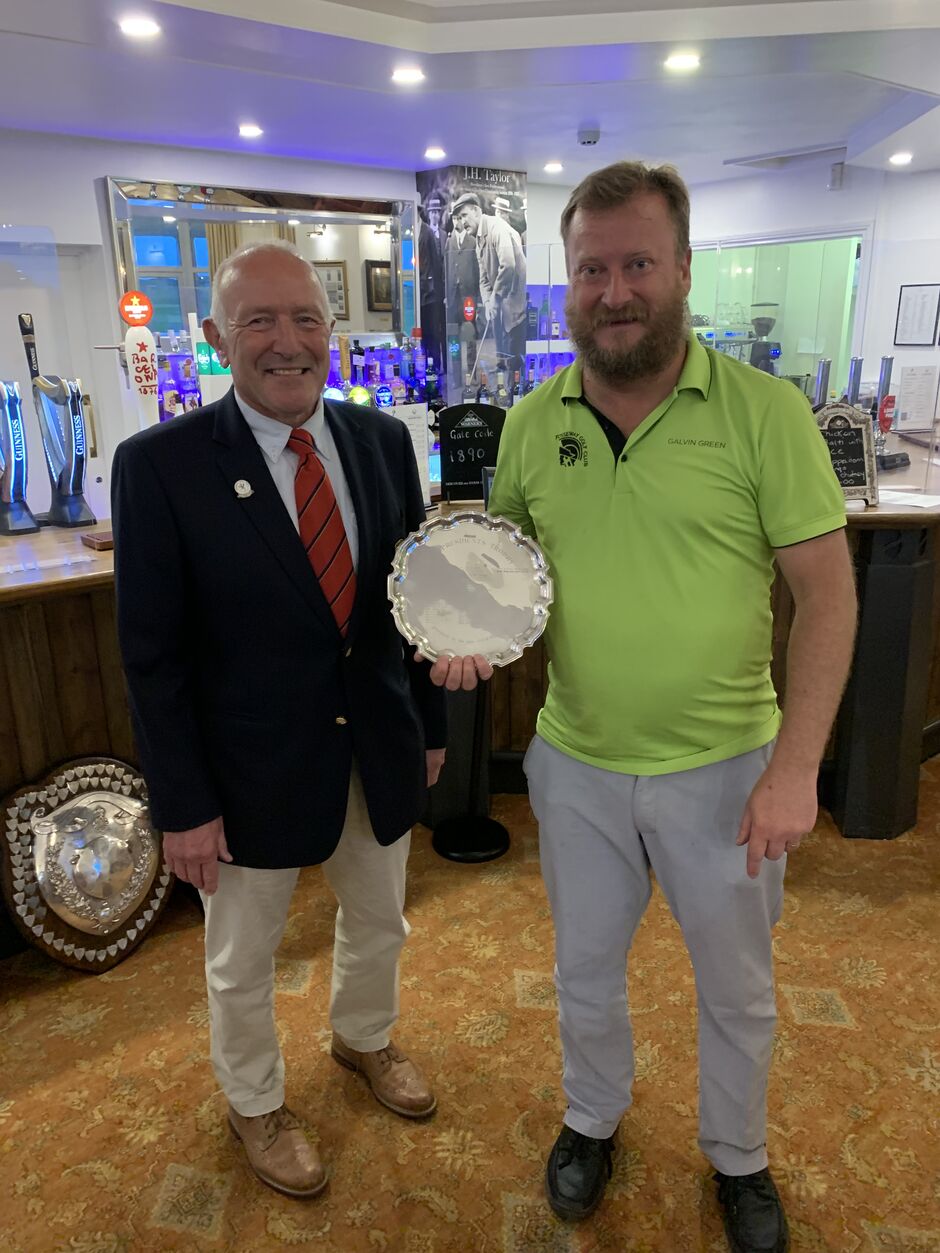 
Entry in to the Presidents trophy is not available to individual players. You must be a named member of your clubs Trounson team(s) of 4 and as such the Presidents entry is covered within the team entry.  The Presidents Trophy is an individual competition incorporated into the playing for the Trounson Trophy. It is a handicap event with the best net score winning the Trophy.

The Trounson Trophy is a club Team event for male members of an affiliated club within the SGU. Teams of 4 compete with the best 3 scores combined resulting in the teams overall net score. Team members play as individuals within the Presidents Trophy Draw. The Tournaments rules state that if the best 3 out of 4 scores are tied then the 4th score counts.

Played in accordance with the R&A Rules of Golf. The attention of competitors is drawn to the General Rules in relation to all Union Competitions. Maximum handicap of 18 or below which is valid at the date of the competition under the rules of the CONGU Unified Handicapping. No player shall be eligible to win more than one prize.

Conditions for the President's Trophy

In the event of a tie the Competition will be decided by a count back over the last 9 holes played, then 6, then 3 and finally by such manner as the Competition Committee shall decide

The President's Trophy is an 18 Hole Stroke play Net event

No competitor is eligible to receive more than one prize

Entries are now open, to play you must be selected to represent your club in a four man team and the £60 team entry fee also covers the individual Presidents Trophy. The Presidents Trophy is not open to individaul entrants. Team entry forms are available below and once complete will need to be forwarded to the County Secretay and fee paid on entry. Clubs may enter more than one team.

Our thanks goes to Bath GC for hosting this year’s event and a welcome sunny day greeted the 72 competitors on Sunday the 8th September a stark contrast to last year’s event.

The County President and Bath member Geoff Ogden greeted every one on the 1st tee as play got underway at 8.20 am. Playing in 3 balls scores were on the whole higher that was expected but there are always exceptions to the rule.

The Presidents Trophy was won by Andrew Taylor from Worlebury GC with a nett 66. In 2nd from Brean GC Phil Hodgson and 3r Dann Allen from Mendip. The best gross of the day was won by Kelvin Green from Bath GC.

The early team leaders saw Worlebury Originals clinging on to their lead long in to the afternoon only for two teams at the tail end of the field to force them in to 3rd place.

The Tournaments rules state that if the best 3 out of 4 scores are tied then the 4th score counts and so it was as The Mendip and Clevedon were equal on a combined nett score of 222 with Clevedon winning with the better 4th score. 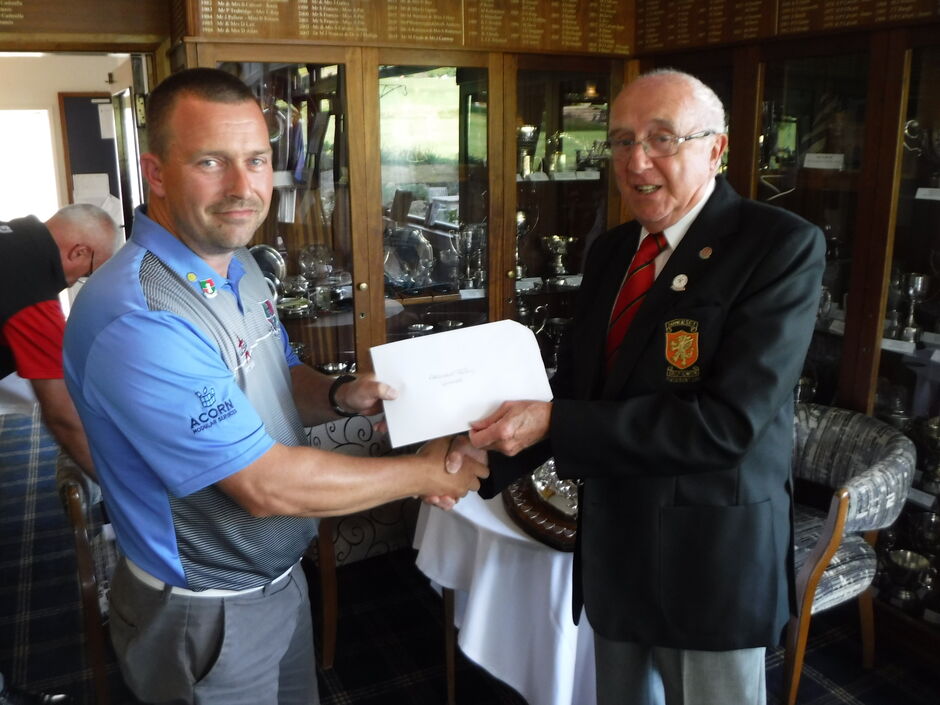