The winning team with the Trophy

On a breezy and sometimes damp early October afternoon at Mendip Spring a group of Seniors from Brean created a slice of history for their club. Already in uncharted territory, ever since they reached the Semi Finals stage, they teed it up against Weston Super Mare Seniors in the Final of the Seniors Somerset Bowl.

Seniors Captain Mike Short entrusted the leadership of this team to Trevor Pitt and Pitt and his chosen team duly delivered the first ever Brean win in the event. A total of 18 players had represented the club over the completed matches and it was Barry Fellows and Seniors Captain Elect John Cranley who had the honour of leading Brean into battle in the Final. They did so in superb fashion as well with Fellows flawless driving and Cranley's wizardry on the greens the duo closed out the game on the 16th green to secure the opening point for the team. Behind them Weston were in control of the 2nd game all the way as Pete Barton and Brian Read succumbed on the 15th green to level the match. Despite the loss Barton was responsible for a contender of shot of the day as he holed out his 8 iron approach for an winning eagle 2 at the 9th hole.

The third match saw Seniors Club Champion Leighton Jenkins and Chris Fairchild represent Brean and again they were in control as they ventured up the 16th fairway 3 holes to the good. Behind them Matt Haskins and Pete Dunn were clinging on to their opponents but seemingly running out of holes to prevent a Weston win. The next point on the board was in Brean's favour as the anchor pair of Neil Barker and Kevin White played some excellent foursomes golf to secure a 4&3 win which put them within sight of victory. White holed the decisive winning putt on the 15th green after yet another superb approach from Barker.

Up ahead Fairchild and Jenkins found some tree trouble at the long 16th which saw them lose the hole and move to the penultimate hole with a 2 hole advantage. As they did Haskins and Dunn shook hands in a 3&2 defeat so everything rested on this game. The Weston player found the left hand trees from the tee ahead of Fairchild flirting with the out of bounds down the other flank. It stayed in bounds just and after a drop from a cart path Jenkins moved it down just short and right of the putting surface. Weston could only advance their ball a few yards out of the thick rough and then came up short of the green with their third. Showing a deft touch and nerves of steel, with both sets of players and supporters looking on, Fairchild chipped the ball over the bunker to within 4 feet of the hole. As soon as the Weston chip shot failed to find the hole a concession followed and the celebrations could begin for the players as well the large number of Brean members who had travelled to support their team.

Back at the clubhouse the Vice President of Somerset Golf Union Ian Poole presented the Trophy to Seniors Captain Mike Short and Brean Golf Club for the first time in their history. Commiserations go to the Weston Seniors in a closely fought game that was played in an excellent spirit throughout. 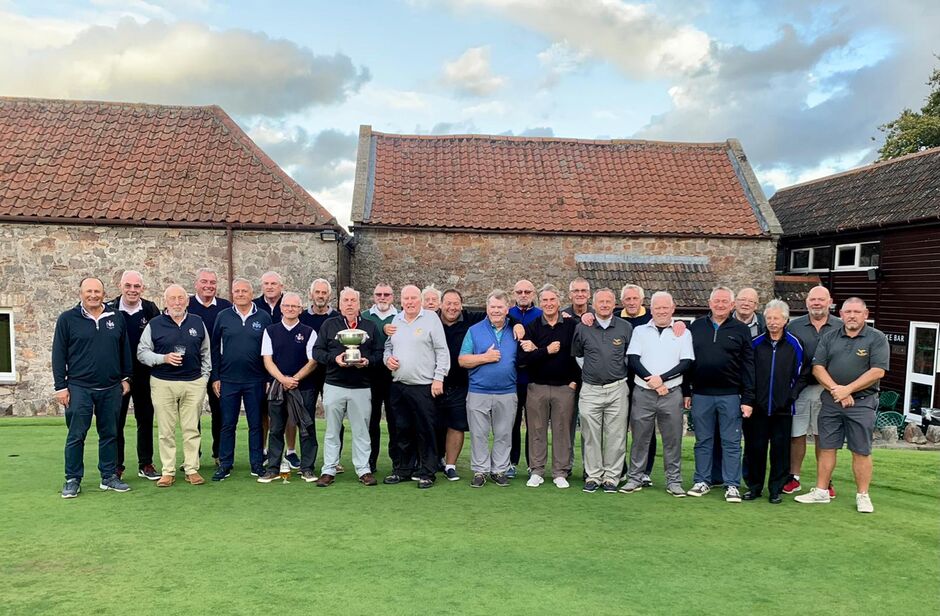 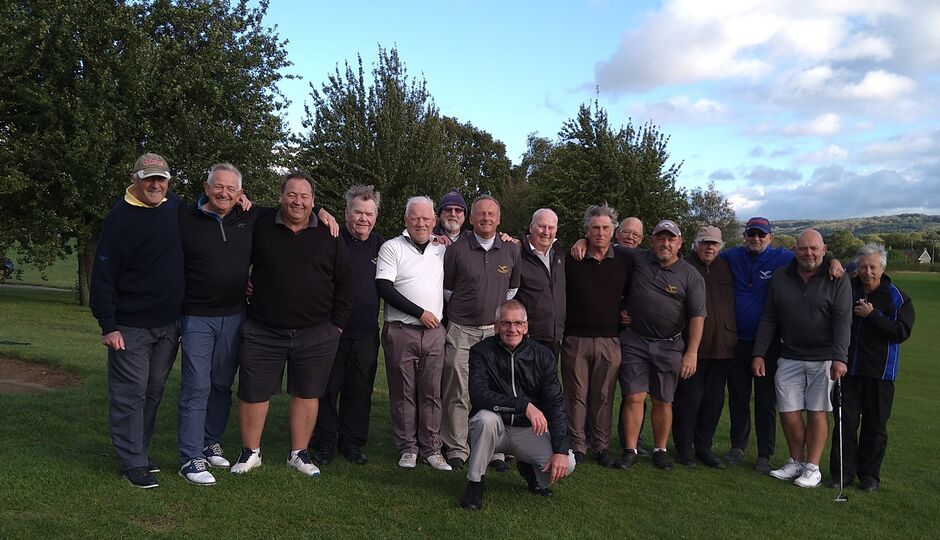