It has been agreed that the 2021 inter-club knockouts will be played on a home/away basis with home advantage being decided on Friday 23rd October by a coin toss. The Secretary of the SWCGA Geoff Green is expected to conduct the coin toss and the website draws will be updated by close of play on the same day.

We will look to fix a neutral venue for the  final with a set date if course availaibility and Covid-19 restrictions allow at the material time .If possible semi finals will also be played at a neutral venue (TBC) Our aim is to minimise  travel whenever possible and reduce Covid risk.

Home captains/managers will be responsible for arranging each fixture with a choice/flexability of dates being availiable. Please play every round by the play by date and submit the results immediatly by email "secretary@somersetgolfunion.co.uk". Only in exceptional circumstances will a short extension to the rounds play by date be considered and if the fixture remains unplayed within any extension period the result will be decided by coin toss to be conducted by the SGU.

COVID-19 restrictions will be followed at all times and please respect the host clubs rules, restrictions and hospitality.

The dates to be played by set for each round will be enforced unleess exceptional circumstances arise to necessitate a short extension.

Winning Club -  Please update the County Secretary with the result of each round played and on the day played ; secretary@somersetgolfunion.co.uk

The Draw for 2021 the Seniors inter-club scratch knockout

Oake Manor are the 2019 Seniors Scratch Champions after defeating The Mendip in a very tight contest at Clevedon Golf Club.

At half-way Mendip were in a strong position, ahead in 3 of the 5 singles and all-square in another. However Oake began to turn things around over the second nine and once Bob Tye had finished 1 up over Ian Perkins in the first game the match started to swing their way. Chris Lindley levelled things in the second game with a 2&1 win against Graham Salway but then, with games 4 and 5 finishing 4&3 with a win for both sides, honours were even and all attention was on games 3 between James Ward for Oake and Martin Myers for Mendip. Martin had started well and had been 3 up after 8, however, James pegged him back and although James was I up after 17 the game was all-square after 18. With everything hanging on this game and with both teams follwing the match result was decided on the 19th as Oake Manor claimed the trophy on a day where either team would have been worthy winners.  On receiving the Trophy from SGU President Geoff Ogden, James Ward included thanks to Clevedon Golf Club for hosting the final and was especially complementary on the excellent condition of the greens. 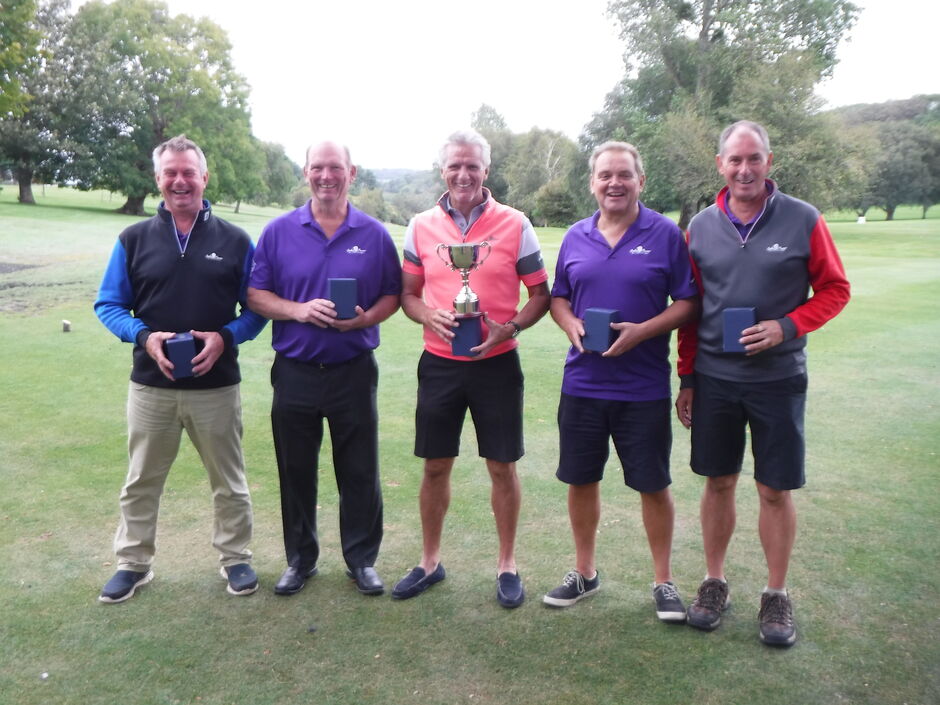 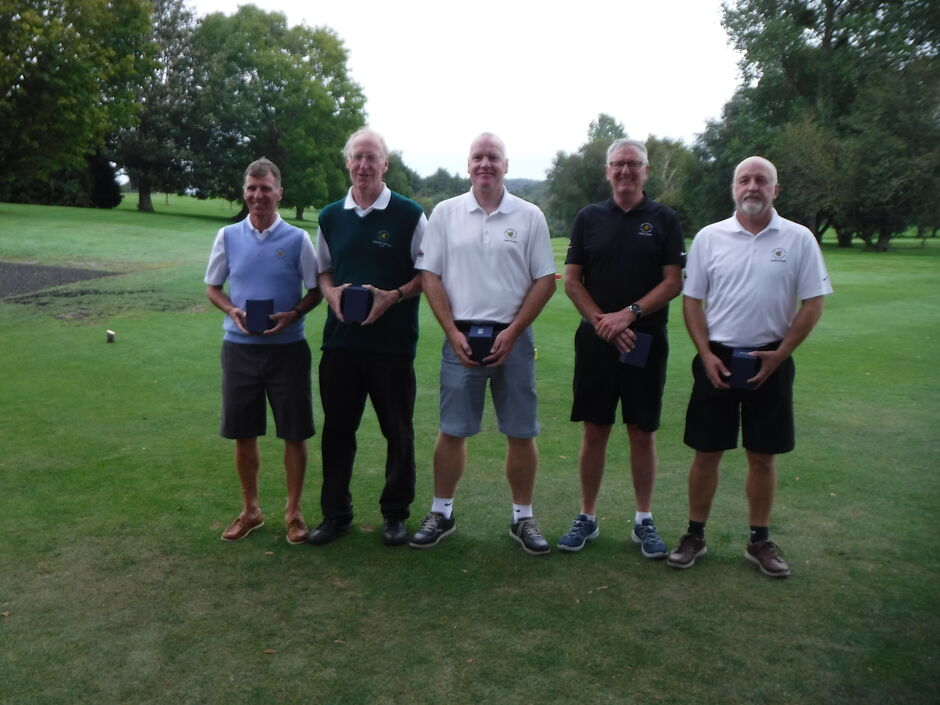