The seniors are a keen bunch whose golf is often of the highest standard as it was at the West of England Seniors in April.

Our Somerset County team didn’t start off well this year, suffering a heavy defeat at the hands of Devon in the season’s opening Channel League match. So today was a golden opportunity for some to impress the Senior’s captain Paddy Maclennan and for others to cement their position in the team

Upon arrival at Long Sutton, it was obvious that low scores would be few and far between as a keen and swirling breeze grew in strength and temperatures remained low.

Long Sutton is a tough test of golf and thanks to the efforts of the head greenkeeper and his team the course was presented and played well.

The early returns were testament to the playing conditions with high scores common.  Not until Frank Ward and Adrian Deakins (Burnham & Berrow) came in did the scoreboard record any scores under 80 gross. Franks 76 just pipped Adrian’s 77 and for many 76 looked capable of winning the day.

Adrian’s Deakin’s 77 eventually finished in 3rd place. Frink Ward’s target of 76 was finally beaten by yet another Burnham member, Frank finishing runner up.

Alan will go on to represent Somerset Golf Union in this years Senior’s Champion of Champions tournament to be played at Woodhall Spar GC in September. We wish you well.

The nett prizes went to, runner up, Mark Howell (Tall Pines) and winning on the back 6, Kevin Blakelely (Stockwood Vale) nett 72. 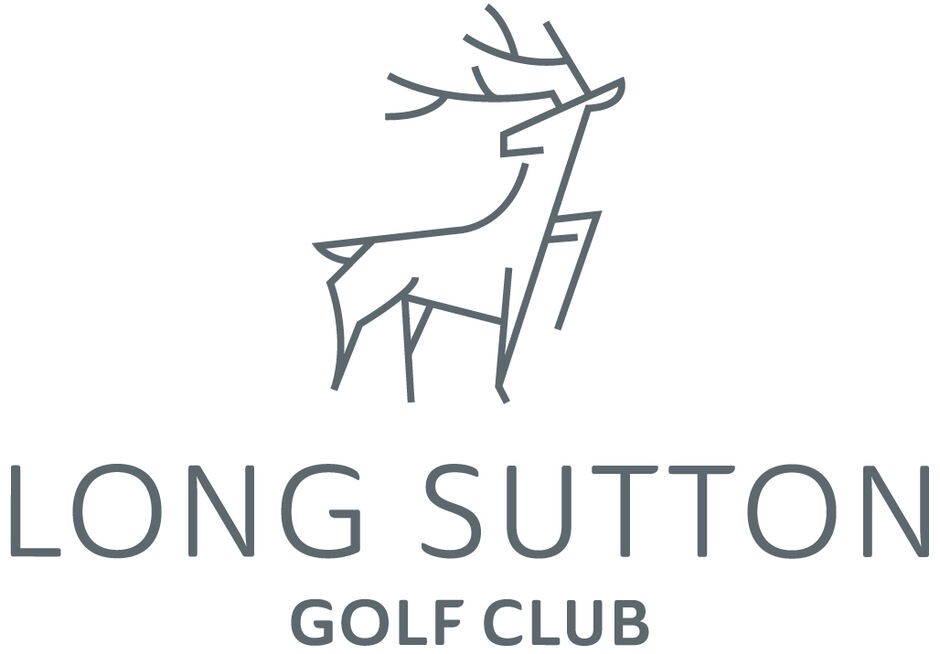 On Thursday 13th May Tall Pines GC was flooded after torrential rain. On Friday the 14th May forty four competitors played this year’s Seniors County Championship at Tall Pines GC.

Thanks to a complete change in the weather and the efforts of the hard-working greens staff the course was presented in excellent condition. On behalf of the players and Somerset Golf Union thank you Tall Pines GC for hosting this year’s Seniors Championship and for looking after everyone so well throughout the day.

With catering available from 7am and throughout the day players and officials were well fed and nourished and by the close of play the Gross Championships was decided by a single shot and the Nett on countback.

Michael Metcalfe (Wells) 75-8-67 led Gross and Nett until Neil Holbrook (Mendip Spring) came in with 74-7-67 to take the lead in the Gross and Nett on countback. But with many lower handicappers still to complete would Neil hold on to either lead?

As match after match finished Neil remained sat at the top of both Championships until the final match came to 18. A tough par 3 finishing hole and with only one player still in with a chance of victory in the Gross, James Ward (Oake Manor) needed a par to finish one shot ahead of Neil.

Looking back at James score card a par was to be expected as he had not dropped a single shot on the back nine and had only failed to par 3 holes on the front nine.

And so, it proved, a solid par to finish 73-0-73, a one-shot victory and this years Senior’s County Championship Gross went to James Ward, Neil Holbrook winning the Championship Nett.

The Winner of this event will be invited to represent Somerset at the Senior Champion of Champions Tournament at Woodhall Spa on the 11th September 2021.

Congratulations Simon Rudd an outstanding score under the conditions. gross 74 on a day when the SSS came in at 74. The 4 handicapper from Oake Manor showed the rest of the field that low scoring was possible. Runner up Simon Harris Bath GC with a score of 77 and on count back from 3 others 3rd place went to Danny Dowell Windwhistle GG followed in by Martin Cashnella  Bath GC The 2018 champion Andy Chambers Weymouth GC didn't go home empty handed winning the best nett on count back from Ron Brown Enmore Park. Club Captain and County President presented the trophies and prizes with much praise  being given to Enmore Park who's greens staff, in house staff and management team presented the venue in first class condition. The Somerset Golf Union wish to thank Enmore Park members and staff for hosting the Seniors County Championship and look forward to returning soon. 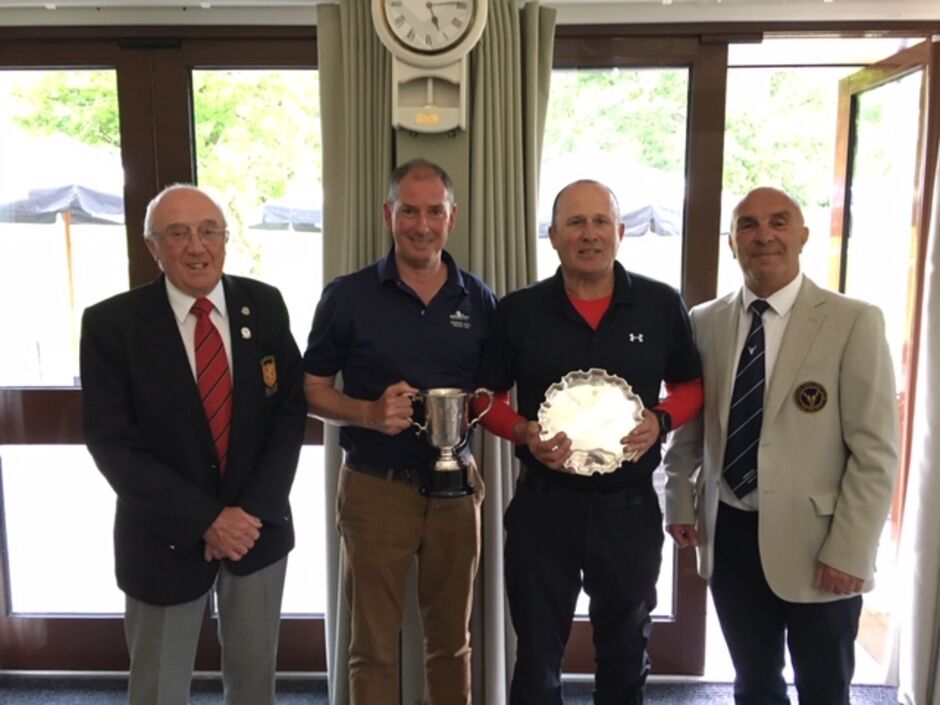 Mendip Spring was bathed in sunshine as the players arrived through the gates and surveyed a course looking in excellent condition. Despite a few last minute drop-outs, we had a strong field ready to contest the Seniors' County Championship. Despite the perfect playing conditions (no breeze and fairways and greens in great shape), it was apparent that the course was prepared to present a challenge to the competitors.

Andy Chambers from Weymouth and Enmore Park quickly rose to the top of the leaderboard, returning a card of 77. As they day drew on, no-one was able to match the score untily County stalwart Paddy Maclennan came in. This was matched by Barry Simpson, the 2015 Champion, making a very welcome return to competitive golf.

Rumours were reaching the clubhouse that the last group out on the course might challenge the leaders, This was not the case though, Danny Dowell missing out on the playoff by just one shot.

For the fourth consecutive year, we needed a play-off to decide the winner, Andy, Paddy and Barry setting off for four extra holes. Barry was the first to drop out as Andy and Paddy could still not be separated, and so back to the first for sudden death. After two booming drives, Paddy appeared to have the advantage as Andy's tee shot missed the fairay to the left and his approach was hampered by trees. Paddy though missed the green left whilst Andy played an excellent recovery shot to the green - advantage Chambers! Coming out of the fringe, Paddy's putt went passed the hole and he needed to putt again, with this effort too sliding by, leaving Andy with two shots to take the title. He only needed one as the putt hit the bottom of the cup - we had found a worthy champion!

An excellent day, good golf played in the right spiirit and one of our most welcoming clubs in the region. We are always grateful to Mendip Spring, both their members and owners,  for the support that they give to the county and the warmth of their hospitality. 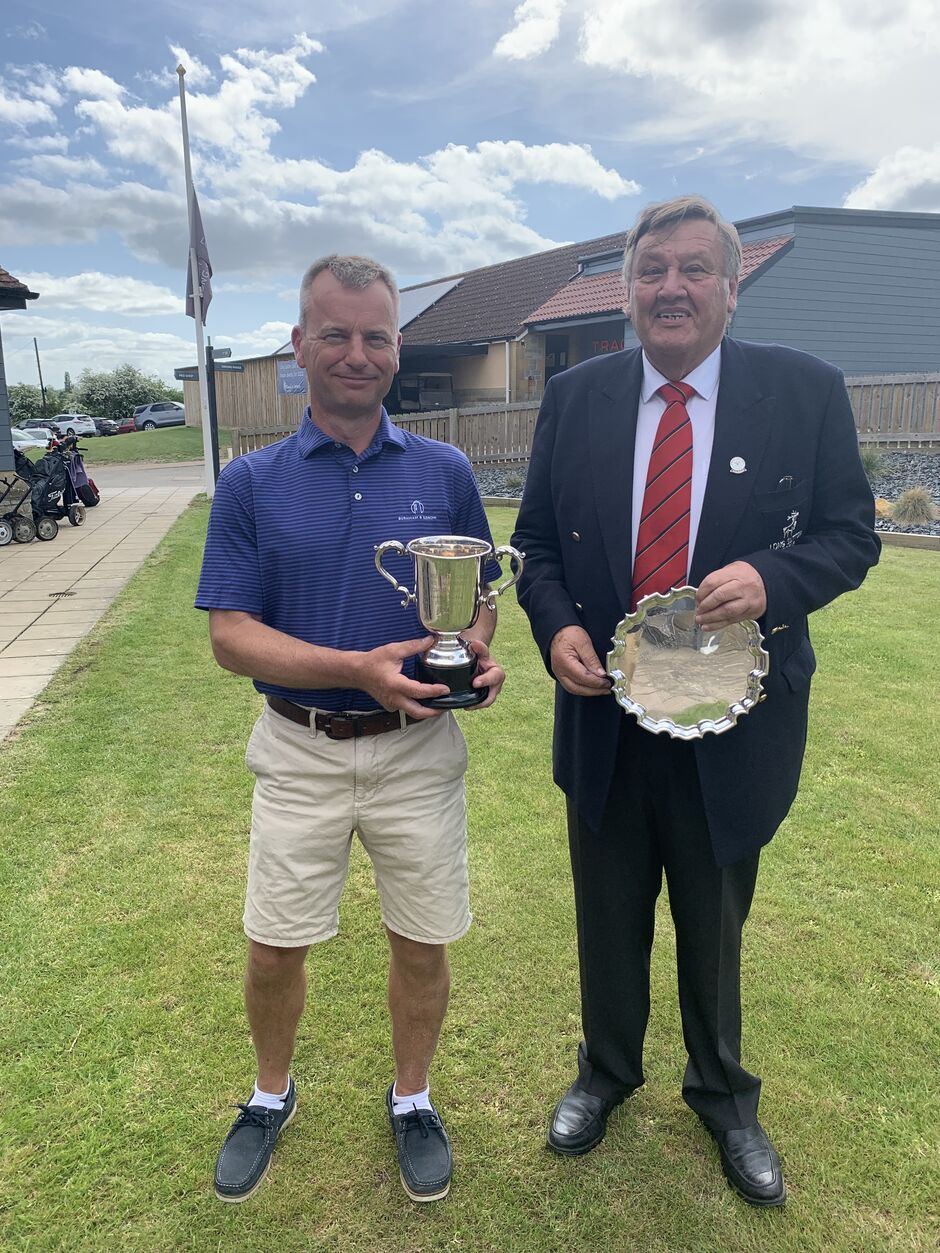 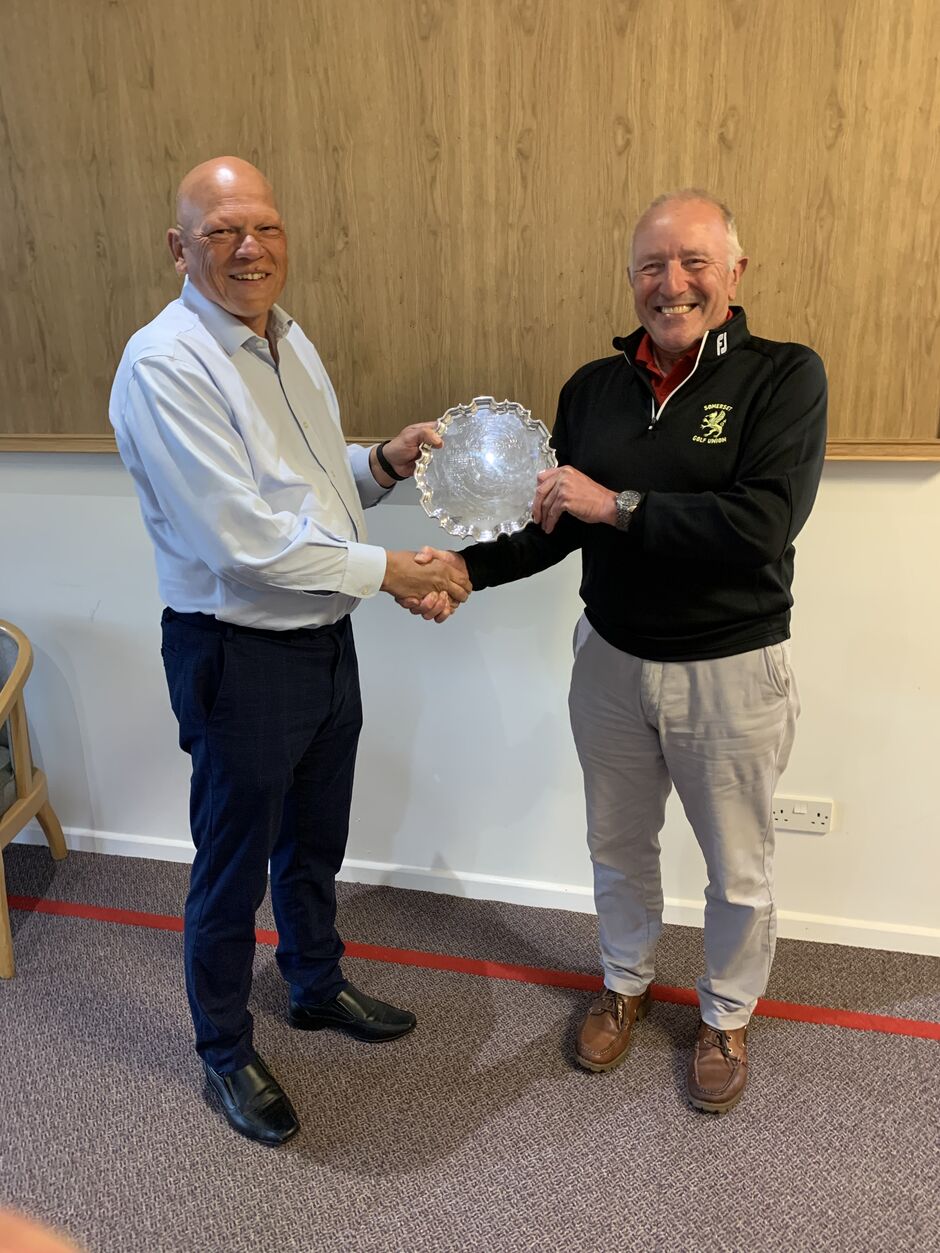