It has been agreed that the 2021 inter-club knockouts will be played on a home/away basis with home advantage being decided on Friday 23rd October by a coin toss. The Secretary of the SWCGA Geoff Green is expected to conduct the coin toss and the website draws will be updated by close of play on the same day.

We will look to fix a neutral venue for the  final with a set date if course availaibility and Covid-19 restrictions allow at the material time .If possible semi finals will also be played at a neutral venue (TBC) Our aim is to minimise  travel whenever possible and reduce Covid risk.

Home captains/managers will be responsible for arranging each fixture with a choice/flexability of dates being availiable. Please play every round by the play by date and submit the results immediatly by email "secretary@somersetgolfunion.co.uk". Only in exceptional circumstances will a short extension to the rounds play by date be considered and if the fixture remains unplayed within any extension period the result will be decided by coin toss to be conducted by the SGU.

COVID-19 restrictions will be followed at all times and please respect the host clubs rules, restrictions and hospitality.

The dates to be played by set for each round will be enforced unleess exceptional circumstances arise to necessitate a short extension.

Winning Club - update the County Secretary with the result of each round played and on the day played ; secretary@somersetgolfunion.co.uk

The 2019 Final took place at Weston-Super-Mare GC on Saturday the 12th of October. Originally listed at Wells GC the venue had to move due to flooding. The Mendip accepted the match but would you believe it 2” of rain overnight on Friday left the course on the hill under water! Step in Ben, the W-S-M professional who was able and willing to move a few tee bookings and provide a starting slop for the final knockout final of 2019.

So with fixtures and courses being closed all over the Country due to exceptional rain fall our host venue was one of the very few courses were play was possible and although much rain had fallen over the seaside links the underfoot conditions were remarkably dry and the course was in very good condition indeed.

Clevedon were looking to win their 3rd major Somerset Golf Union Trophy  of the year following victories in the Somerset Bowl and Trounson Trophy. Enmore were seeking back to back wins and return the Pickeridge bowl to their clubs trophy cabinet.

As the weather remained dry the match outcome began to favour Enmore. As the final match passed through the 10th  green Clevedon were up against it. With Enmore 3-1 up the last match on the course shared the honours to see Enmore Park regain the Pickeridge Bowl by 3.5 to 1.5.

Well done both teams and a special thank you to Ben and Weston-Super-Mare GC. 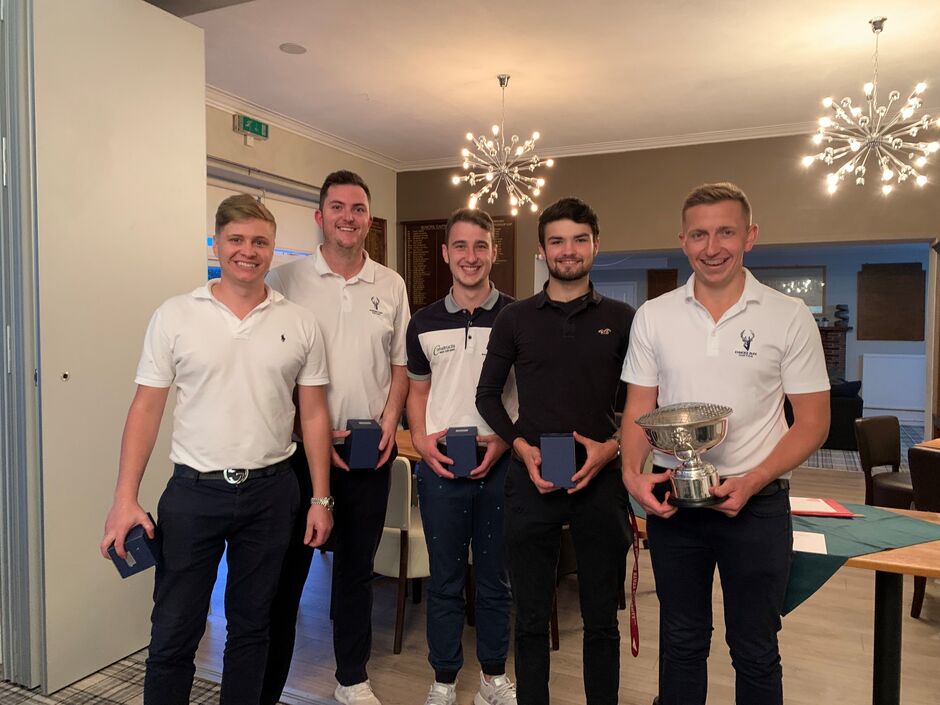