Our plans to select a squad to represent Somerset during the 2021 season have been severely hampered by the COVID Pandemic. We were not able to hold our traditional Assessment Day in the Autumn, and could not hold any of the planned Winter coaching sessions. The second lockdown scuppered all plans for the early part of this year, and it is only in May that we have been in a position to start building the squad. Our nucleus will be those from the 2020 squad who are still eligible, but we are actively looking for more players to strenghen the side. We have initiated contact with Clubs to identify potential recruits, but are open to suggestions!

If anyone knows of  suitable candidates to move up a level from club to county golf, please contact the Team Manager Richard Dix

The lads were always up against it because of the anomalies in handicaps but performed well in testing winds and rain.

Without the unique way this competition is set up Somerset would have won on stableford points.

Well done to the team for an enjoyable day. 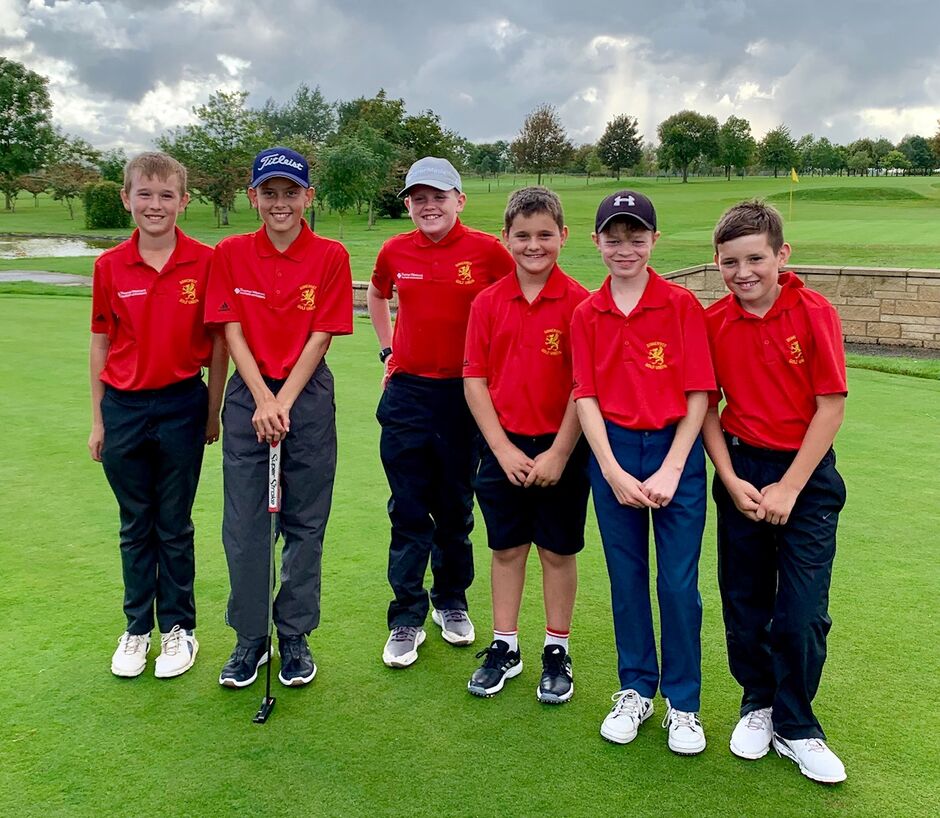 Under 12s take on Wiltshire

Last Sunday (July 30th)  our Under 12 squad travelled to Cumberwell Park to play Wiltshire in what is now becoming a regular fixture for our younger County players. Having trained over the Winter at Mendip Spring and Oake Manor, this is recognition for their hard work.

The weather was inclement to say the least with 2 heavy showers covering the golf course during their front and back nines.

First off, was Captain for the day Alex Marshall and Ashton Wylie, after a quick start from the boys, it was pretty apparent this was going to be close as their opponents fought back to go 2 up with 5 to play, however the intrepid pair were not giving up and eventually turned the match around to win 1up on the 18th.

Next out we had Cameron Fear and Theo Anderson Green they were always 'under the cosh' as their opponents recorded birdies and pars in the first 6 holes. They didn't give up though, stabled the scoring and he even rallied a little until finally admitting defeat on the 16th.

We then had Edward Higgs and Freddie Lovell, 'Ed & Fred' to their mates. Again they were quick off the blocks, but their opponents were not giving in and it was a close match all the way around. They lost the 16th and however hard they tried, just could not get the hole back, and eventually lost on the 18th.

Fourth out was Haydn Vince and Dylan John, This was another 'nip and tuck' affair, they were 2 down going down 15, but won that hole and produced some superb golf on the last three holes only for it to be matched by their opponents and again it was another match won by Wiltshire on the 18th.

Last out was Lowen Stephens and Troy Young. This was close until Lowen was taken ill and unfortunately had to return to the Clubhouse. Troy was not giving up though and he battled all the way to the 16th when finally Wiltshire took the match.

All of the boys played with a smile on their face and were a credit to their County along with our opponents Wiltshire.

A Thank you has to go out to all of the helpers and parents and also Cumberwell Park for their excellent hospitality.

It was a pleasure to see such a high standard of golf at such a young age and we look forward to welcoming Wiltshire to Somerset next year.